A dream takes flight in Fairview

Canso PBY-5A C-FNJE while in service with Buffalo Airways.

It hunted for enemy submarines in World War II and fought forest fires in the Northwest Territories before being abandoned in a frigid northern lake.

Now a Canadian-made Canso PBY-5A airplane is set to soar again after a painstaking restoration by a dedicated group of Fairview-area farmers who also happen to be airplane enthusiasts.

“We’re good to go,” said Doug Roy, one of the group who’s been working on the plane for nine years.

Roy said the group plans to put the Canso in the air for a test flight in late April, with its first official flight in June from the Fairview, Alta. airport.

Rescuing a piece of Canadian history

After its service in the war, the Canso was repurposed as a water bomber.

It was damaged and went down in the waters of Sitidgi Lake near Inuvik, N.W.T. in 2001.

Buffalo Airways, the plane’s owner, pulled the Canso out of the lake – but only as far as the shore, where it would sit for the next seven years.

But once the determined farmers heard about it, the rescue operation was on.

​The group of six travelled north to collect the plane in 2008.

It was no easy task.

First, the plane had to be hauled across the frozen surface of Sitidgi Lake to the Dempster Highway. The original equipment – a donated tractor – proved insufficient and had to be discarded in favour of a snowcat machine with more horsepower.

While preparing the plane for the trip, a group of the farmers camped out in –25 C weather in a canvas tent they dubbed “the wilderness workshop.” 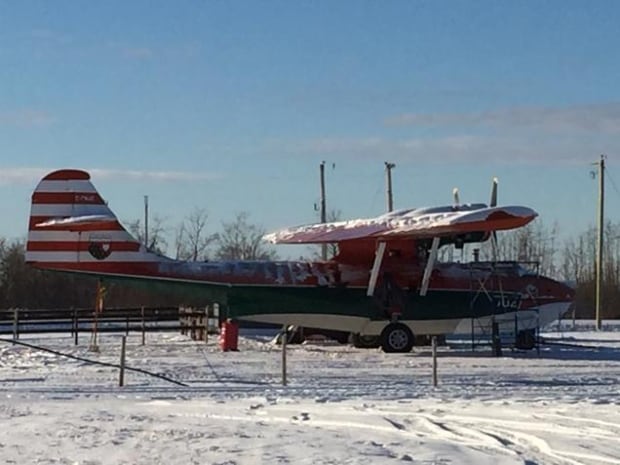 The Canso at its new home in Fairview, AB (Supplied)

From the Dempster Highway, the group got the plane to the Mackenzie River, where the Canso was loaded onto a barge and shipped to Hay River, N.W.T.

From there, the plane was put on a trailer, its wings removed, and driven to Fairview.

In total, the move covered more than 3,000 kilometres.

For the next nine years, the members of the Fairview Aircraft Restoration Society (FARS) spent their Wednesday evenings working on the restoration.

Now the wings are back on, the engines are running, and the group is getting ready to take the Canso to the skies. 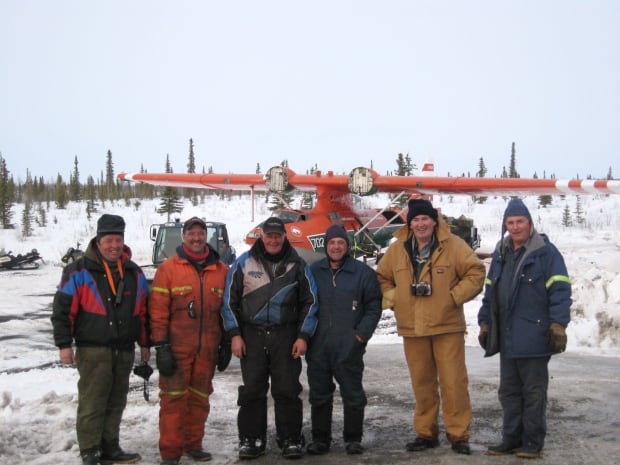 “Everything is in place,” said Doug Roy, one of the group that has worked to restore the plane since the beginning.

“The only thing that sort of held us back from doing a test flight last fall was having our … maintenance schedule. For a heavy aircraft, you have to submit a maintenance schedule to Transport Canada. They’re pretty picky about it. But we did actually get notification just before Christmas that we’ve been approved.”

Canso pilots will be at the inaugural flight

Now the plan is to take off on June 18 — Father’s Day — from the Fairview, Alta. airport with two special guests in attendance.

Both are former pilots of the very plane that has been restored.

One will be 94-year-old former Edmontonian Hal Burns, who flew the Canso when it was a bomber on submarine patrol missions over the North Atlantic during the Second World War.

The other will be 99-year-old James McCrae, who also flew the Canso during the war.

McCrae,who was born and raised in Huxley, Alta., plans to travel from Nova Scotia for the big event.

He survived eight hours in a life raft in the Atlantic Ocean after another Canso he was in was shot down by an enemy submarine.

In 2014, FARS was able to reunite Burns with the Canso for the first time in 69 years when he made the journey from Edmonton to Fairview to see the plane and the work the group was doing.

Burns plans to make the trip from his home in Victoria, B.C. to witness the flight. 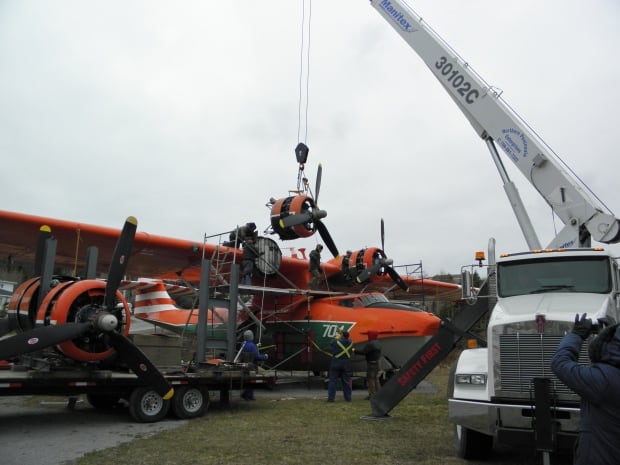 Two engines were donated by a group of plane enthusiasts in Newfoundland. The Fairview farmers drove across the country in a motorhome to pick up the engines. (Supplied)

“I think it would be a real thrill to just sit there on the sidelines and watch this plane take off for the first time in many, many years,” he said.

He has high praise for the group of volunteers who have spent thousands of hours restoring the plane.

“It’s really quite amazing,” he said. “It amazes me they got as much talent put together there as they have.” 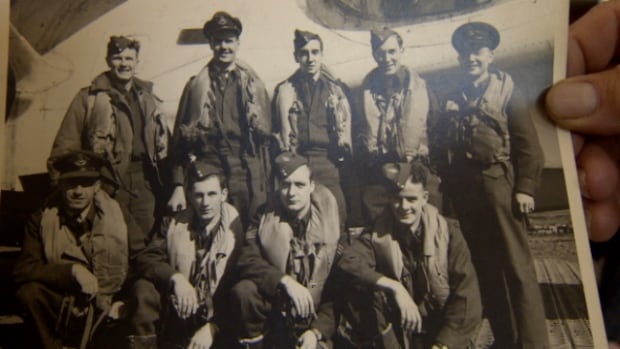 Hal Burns, seen 2nd from the left in the 2nd row, shows a picture of his squadron taken during World War II. (CBC)